Time to Stop Playing by the Devil’s Rules

Published by Teri Paulson on January 3, 2016

Is it time to bring God and the Bible back to government and public policy debates? The short answer is a resounding YES. It’s not only time – it’s long overdue. 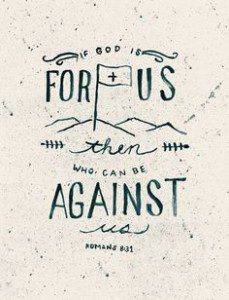 God and His wisdom never should have been excluded from public policy debates in the first place. As we’ve pointed out in previous Facebook posts, no one (except the Christian) is expected to leave his or her “truth” or morality at home, and no one else ever does. Liberals, conservatives, socialists, environmentalists and LGBT activists all bring their “truth” and morality to the debate and work hard to it enshrine it into law and public policy. Only God’s truth and morality are expected to be checked at the door.

For the better part of a century, we Christians have been foolishly convinced that the axiom “separation of church and state” renders God and the Bible off limits in government and public policy debates. The misuse of this single, short phrase from a letter written by Thomas Jefferson has led to decades of Christian activists arguing for everything — from the sanctity of life to sexual morality — on the basis of truth, logic and reason alone. It’s not that these arguments are not compelling. They are. The problem is that they are not enough. The fear of God is not only the beginning of wisdom, it’s the only foundation strong enough to motivate sinful people to restrain themselves. Rules don’t last long without the Ruler.

Because God has been removed from public debate, He is no longer part of the public consciousness; and most of our leaders can conveniently forget that they will have to answer to Him one day. Examples of this are ubiquitous, but the one that has prompted us to do a lot of thinking here at New Hope is the recent decision by 5 out of 7 our local D211 School Board members to allow a boy to use the girl’s restrooms and locker room. By still requiring this boy to change behind a curtain, the board revealed the fact that they actually know the truth: (a) this boy is not a girl and (b) he does not belong in the girl’s locker room.

Their vote was not only lunacy, it was a lie. So why did they do it? My guess is that five members of that board feared the wrath of LGBT activists and their allies more than they feared the wrath of God. A dose of Jesus’ words might have helped — perhaps something about having a millstone tied around one’s neck and being thrown into the sea….

It is now clear that truth, logic and reason are not motivation enough for most people to stand up for what they know is right. God’s words are the only thing powerful enough to move the human heart. “For the word of God is alive and active. Sharper than any double-edged sword….” The devil knows that, and maybe that’s why he’s worked so hard to convince us all that the Bible does not belong in government and public policy debates.

Maybe it’s time to stop playing by his rules.

For the glory of God and the good of our neighbor, maybe we need to stop leaving our most powerful weapon at home. “Thus saith the Lord” won’t always make cowardly, sinful people do what’s right; but the increasing landslide of moral chaos has proved that mere truth, reason and logic never will.