Without Truth (there is only manipulation) 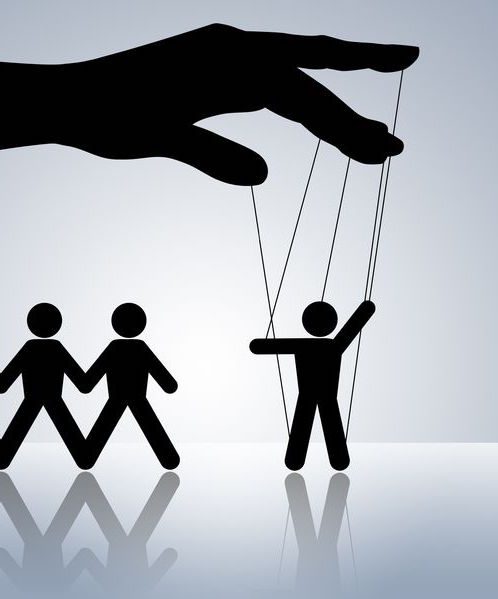 Last month several leaders from our church attended one of the “Understanding Gender Identity” sessions sponsored by District 211 in order to help us (the community) better understand the school board’s 5-2 decision in December to allow a biological male to use the girls’ locker rooms and restrooms at Fremd High School.

What we witnessed there was aptly described by another brother-in-Christ as the presentation of a framework of false ideology in support of transgenderism.  You can view a video of the presentation for yourself here.  Apart from all the points at which LGBT ideology obviously contradicts itself, something else has become obvious during this whole D211 controversy – the use of overt manipulation.  I’ll give you some examples so that you can see what I mean.

If a D211 transgender student had been forced to use separate facilities, that would have been unjust discrimination.  But that’s not what was going on.  These students were treated just like everyone else by being expected to use the restrooms and locker rooms that corresponds to their biological sex.  In the case of D211, the school district even graciously provided separate facilities for transgender students so that they would not have to use the regular locker rooms where they would have been extremely uncomfortable.  This act of compassion was cynically redefined by the OCR, ACLU and transexual activists as unjust discrimination – the equivalent of relegation to the ‘back of the bus.’  This purposeful mischaracterization of what was ultimately a gracious act was purposely intended to cast this as a civil rights issue.  Nothing could be further from the truth.  Instead of discriminating on the basis of objective biological sex we are now discriminating on the basis of subjective gender identity.  Does that make sense?

The phrase ‘gender identity’ itself is relatively new.  It was created to express the notion that maleness or femaleness is somehow completely separate and independent of biological sex.  Therefore, it is perfectly normal for a biological male to have a female gender identity – or vice versa. I’m struggling to decide how and when to even use this phrase as I believe it is a false concept by definition – creating divisions between body and spirit where there are none.  According to God in the first chapter of Genesis there is only male and female.  Deviation from that is an indication that something has gone terribly wrong.

“Gender assigned at birth” is another newly invented phrase.  No, this is not a reference to God’s decision to create us male or female.  Believe it or not they are talking about obstetricians…According to their worldview obstetricians are said to “assign gender” when they fill out birth certificates for newborns according to observable genitalia. The wording “gender assigned at birth” is intended to give us the impression that doctors arbitrarily choose a newborn’s gender.  Here is an excerpt from an article in Slate Magazine entitled Don’t Let the Doctor Do This to Your Baby explaining what a terrible problem this is in their view:  “With infant gender assignment, in a single moment your baby’s life is instantly and brutally reduced from such infinite potentials down to one concrete set of expectations and stereotypes…” You really have to read this for yourself to believe. Reality check: gender/sex is not assigned at birth.  It is recorded.

Along those same lines ‘religious freedom,’ with regard to Christianity, has been redefined to mean that we can believe whatever we want, so long as we don’t act on it – except within our church walls.  Even that is now in jeopardy as sermons and bible study materials are being requested by the government to determine whether or not a Christian has the proper set of attitudes and opinions regarding LGBT issues to be considered for government employment.

Time does not permit me to talk about other words such as love, hate, equality and tolerance. The thoughtful reader probably has no need for an explanation of the obvious anyway.

My point here in all of this is that through the redefinition of words, the eradication of distinctions, the suppression of facts and the fear of social stigma Americans have been and continue to be manipulated by the LGBT ‘rights’ movement.  Because truth is not in their favor the only weapon LGBT activists have IS manipulation.  Although it may not feel like it the transgender rights movement didn’t just suddenly come out of nowhere.   It has been simmering underground for decades in preparation for the moment when our nation would be fully prepped for delusion.  Failure to believe in the God who is really there, decades of indoctrination in our public schools, weak leadership in the church, our own self-censorship in the public square and the relativisation of truth itself have led us to this moment.  America has lost her mind – literally.  We are in darkness because God is the light by which all else can be seen as it really is.

Loyalty to Christ and love for the world that He loves will now require more than just courage: it will require significant personal sacrifice.  Will we stand and trust Him?  Christians have both the Reason and the Power to do so. Others do not.  We can stand because we do not stand alone…Like the three Hebrew children we must say,“Our God might not save us, but know this O King, we will not bow down to the idol you have set up.”

Brothers and sisters, it is past time. We must speak the truth while we are still able. If we are faithful we will see great things done on our behalf.  Our Redeemer yet lives…

NOTE:  The profound observation, “Without truth there is only manipulation” comes from Os Guiness’ book, A Free People’s Suicide: Sustainable Freedom and the American Future.