Published by James Pittman on November 30, 2018 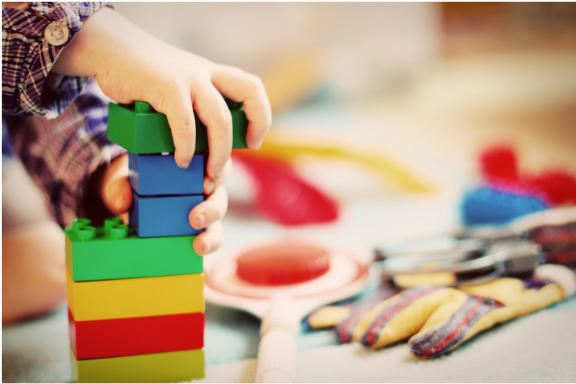 On Wednesday, Palatine public schools bussed in about 1200 Kindergarten through 2nd grade students from schools throughout the district to Winston Campus for a special Christmas assembly featuring a public reading of a new children’s book by actor, Sean Hayes and his ‘husband.’  The book features an orphan who is adopted by gay parents. According to the article teachers either read the book to their classes or had the children read it themselves in preparation for the assembly.

For at least the last 10 years or so, under the guise of anti-bullying campaigns public schools across the nation have been promoting LGBT values to even the youngest students. At the risk of belaboring the obvious, it is not necessary to teach that homosexuality and transgenderism are right in order to teach that bullying is wrong.

The bottom line is this: to promote LGBT values to children is to teach them to rebel against God.  Questionable school assemblies are not the only example of the promotion of sexual immorality in our schools.  Among other things, sexually explicit textbooks are used in English classes and male and female students are now allowed unclothed in school locker rooms together.

We exhort Christian parents who still have children in the public schools to get them out if you can.  God holds Christian parents responsible for raising their children in the Truth.  This is very difficult to do if a child spends 35+ hours/week under the tutelage of unbelievers who don’t know or care about God or His Word (the Bible).  Parents who cannot remove their children from public schools for one reason or another must do their best to politely but firmly ask questions of teachers find out exactly what their children are being taught and make it a priority to correct any miseducation at home as best they can.

To the Christian teachers and administrators still working in public schools:  What can we say? Sooner or later you will have to choose between faithfulness to Jesus and your job (if you have not already compromised.) And if you have already compromised it’s not too late!  The bottom line is, we cannot promote sexual immorality to anyone, let alone children, and be faithful to Christ. The two are mutually exclusive. We cannot serve two masters. We cannot love God and people while at the same time encourage them to sin. It’s not even a close call and if your church leaders are telling you something different (or remaining silent) it’s time to find a church that will stand with you and encourage you to remain faithful.  No earthly job is worth your eternity and the integrity of your witness. Scripture is very clear on the subject:

“If anyone causes one of these little ones–those who believe in me–to stumble, it would be better for them to have a large millstone hung around their neck and to be drowned in the depths of the sea.”

We understand that the situation in our public schools presents a difficult test of faith for Christians who find themselves there, but we encourage you to trust God.  Indeed you are there for “such a time as this.” You are His witnesses to a lost and dying world. The examples given to us in the Bible of true faith were people who risked much in obedience and trust in the Lord.  These were people whom God often deliberately put in difficult situations. People who respond in faith are the kind of people in whom He delights and with whom he makes His abode. (John 14:23) The Davids, the Daniels, the Shadrachs, Meshachs and Abednegos and many others whose names will remain lost to us until we see them someday in glory.

Mighty things are done on behalf of those whose lives demonstrate real trust in Him.  Christian parents and teachers in the public schools, “Will you trust Him?”

A Religion that is Impure Part 2: A Dead Faith

Pastor James Pittman, Jr. – July 5, 2015 – James 2:14-26 Propositional Statement: True faith is always an active faith. 1) Faith that is spoken and not lived out cannot save you. 2) Faith without works Read more…

A Religion that is Impure

Pastor James Pittman, Jr. – June 28, 2015 – James 2 Propositional Statement: The impurity of partiality is evil. 1) We are never to look down on someone because they have little money 2) We Read more…

A Religion that is Pure