James grew up in New Orleans, Louisiana.  After graduating high school, he left for Washington, D.C., to attend Howard University. While studying premed there, he realized there was a greater disease than that of the body — the disease of the soul. Toward the end of his sophomore year, he began to grow in his faith and learn the value of discipleship through the Navigators Ministry.

After graduating with a B.S. in Biology, James moved to the Chicago area in 1995 to attend Trinity Evangelical Divinity School. He graduated from Trinity with a Masters of Divinity.  Since that time, James has devoted his whole being to Jesus Christ. He lives for and serves not only the Lord but His people. 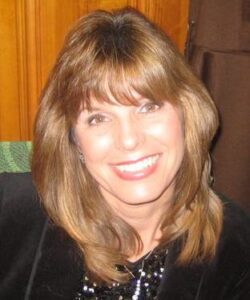 Teri Paulson became a follower of Christ in the year 2000 after becoming convinced that Christianity is true and convicted about her own sin and need for God. Teri and her husband have been married since 1988 and have two children.  She has served as Music Director at New Hope since August of 2013, leading the congregation from the piano in a variety of musical genres ranging from hymns to contemporary worship songs. She has had many jobs in her life, but leading the music at New Hope is her favorite.  “I can’t think of anything or anyone better to sing about than our Lord. He changed my life,” she says.